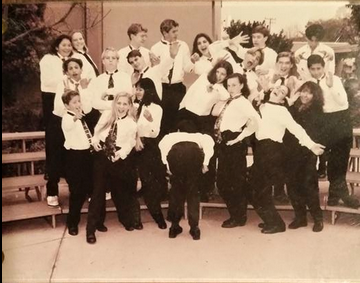 Who remembers the names to these songs?

Tomorrow night two songs that I wrote with Jack Lechner will be performed at Birdland in midtown Manhattan.  Jack will be hosting an evening of his songs titled “Here Goes Nothing”. 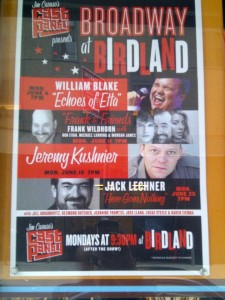 Nancy Anderson (Broadway: A Class Act, Wonderful Town) will perform “The Other, Other Woman” and Jeannine Frumess (Off-Broadway: The Kid, Songs for a New World) will perform “Just Like That”.  Both songs are from a musical we worked on together, with bookwriter Rachel Shukert, called The One That Got Away.

You can read more about the event and get tickets here. Although I’ve lived in New York for over a decade, for some reason I never really began noticing the changing autumn colors until last year.

Over the past couple weeks I couldn’t help but pause every now and then to snap a few pictures.

Last week Musicville and We Are Monsters premiered in Clovis, CA.

I snuck backstage and snapped a short video capturing some behind-the-scenes action…check it out:

On Tuesday I’m headed to Clovis to see “Musicville” premiere at Gettysburg Elementary, on the exact same stage I first performed on in 1st-6th grade (picture of the cast below).

And the next night “We Are Monsters” goes up at Reagan Elementary down the street.

SO excited to see these shows come to life in the community that gave me such an appreciation for theatre when I was young. 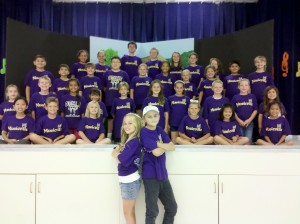 On September 26th, I went to visit the newly opened Septemeber 11th Memorial at the World Trade Center.

Recently I wrote about my personal experience that morning, living 5 blocks away as a sophomore at NYU.

In order to enter the memorial you need to have a reservation.  These can be made for free online, however from what I hear they are currently booked several months in advance.

To enter you have to go through an “airport security” type pat-down.

Then, after walking around a giant section still under construction, you enter the landscaped yard where the two memorial pools are located.

Walking up to the first memorial pool is absolutely breath-taking.  In my stomach I felt that same feeling as when I walked to the edge of the grand canyon for the first time – totally overwhelmed by it’s immensity.  I had seen a few pics on TV, but seeing it in person is a completely different, and moving, experience.

The pools are in the exact footprints of the towers, and for me they feel like perfect symbols of what was lost.  The water is beautiful, and the way it drops down in the middle into what seems a bottomless hole feels just right.

The names of everyone who died are inscribed into bronze parapets that surround the pools.  Being able to touch and run your hands over all the names is satisfying in a way I can’t really describe.  (You can read about the incredible way all the names were arranged here.)

I posted some of my pictures below.  If you’re living in or visiting New York, I highly recommend stopping by.  Just make sure you make a reservation first.

A couple weekends ago a friend of mine decided to celebrate her birthday with a dumpling tour through NYC’s Chinatown.

It was awesome and delicious.

However, I think the highlight may have been seeing my first ever real-life Quidditch match. Yes, those are brooms underneath their legs.

Only in New York.

Thanks for stopping by.

I recently re-vamped this website in an effort to more clearly display the work I’ve done.

I added a listen page, where you can finally hear fulls songs from all my shows.

I’ve given Life on the Mississippi and Tea with Chachaji their own pages, with comprehensive information about each musical.

And I’m introducing this blog, where I plan to casually post about my lastest projects and other musings.

For the past year I’ve been working on getting Beat by Beat Press up and running.  This has been no small task, but it’s been a rewarding one.  In addition to the website, you can find some great information about our development over at the Beat by Beat blog.

If there’s anything you’d like to see that’s not here, feel free to leave a comment and let me now.